Residents of Anglesey in North Wales woke up to see a deadly Python on a high telephone line above them. The Burmese python – said to be one of the five largest snakes in the world and capable of constricting an adult to death – was seen making its bid for freedom above the residential street.
Police say the snake escaped its tank and managed to climb out of an upstairs window before making its way along the telephone wire. The Python was halfway down the drainpipe before it was captured. More photos below. 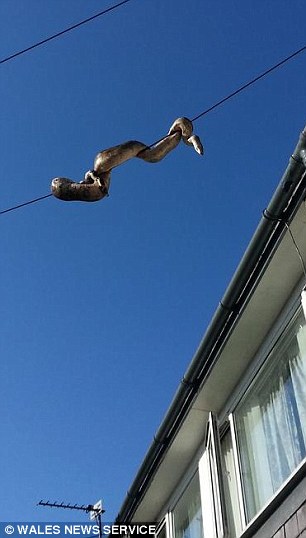 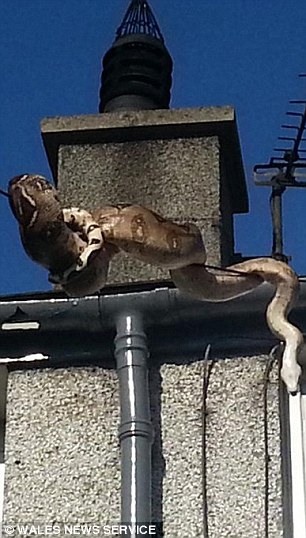 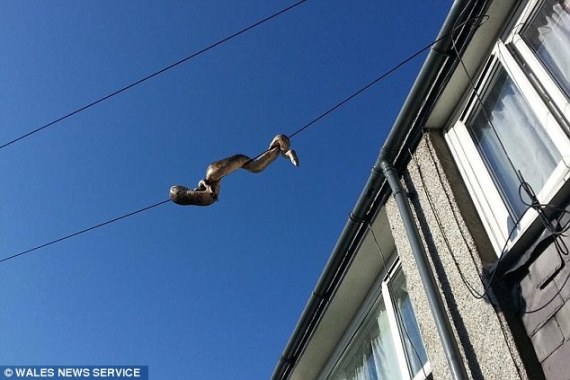