Four soldiers lost their lives while clearing out IEDs from a bomb factory discovered in Buni Yadi in Yobe state on Saturday March 7th. According to a statement released by the Director, Defence Information, Maj. Gen. Chris Olukolade today, the bomb factory located in a fertilizer plant was discovered while the troops were clearing out all traces of terrorist groups in the village. As they were clearing out the IED’s found, four of them exploded, killing the soldiers on the spot. 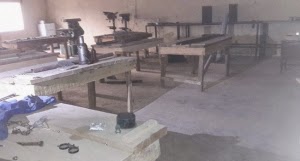 “Troops are still evacuating the materials, which include a large quantity of suicide bomber vests from the facility to their base.  It is believed that the heavy-calibre bomb, used in blowing up the bridge between Damaturu and Buni-Yadi, was produced in the factory. This discovery is expected to degrade the capability of terrorists in the production of explosives, which they have been using lavishly in the area until they were dislodged from their stronghold,” the statement read.