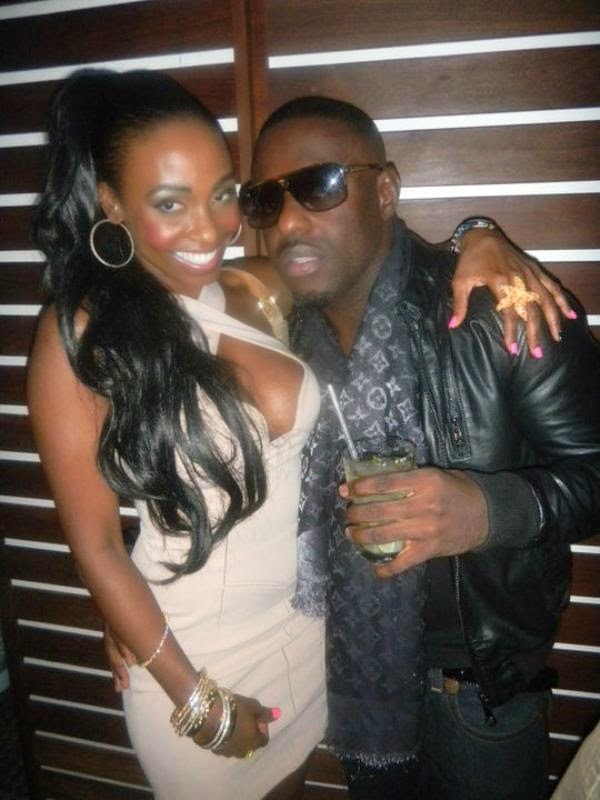 Though Keturah Hamilton has once said in an interview that Jim Iyke was and ingrate and she still finds it hard to believe he left her after 6years with all she has gone through with him. Keturah while narrating what she suffered in the hands of her lover boy, Jim Iyke, says he makes her now feel men are mean and heartless. Jim is wicked, she said.

He made me sound and acted like a jealous lover in his reality show, I acted crazy, I didn’t mind what people will say about me, I acted like I was a jealous lover, because that was the exact role he wanted me to play. I didn’t know he was setting me up. He set me up for the world to see. I gave him all I had, I supported him, and just when we were about planning our lives, he walked away without saying goodbye.

Oh dear, we hear these stories almost every day, but not like 6years tho. These guys won’t ever fall in love with a poor girl, they are always in love with made girls! Bottom line, keep your money to yourselves ladies, keep your money!!! Buy your sisters cars, your brothers, make your mom happy. Oh do you still have grandparents spoil them silly. Keep your money you worked hard for it, and no boyfriend deserves it. A source said she was there for Jim for years, ate her food for free, used her car in the States, lived in her house for months and what have you. He just used her, the source said.  I know there is someone reading this, who would say thank God I spend my money on my boyfriend and he has been very loyal. Thank God my own didn’t turn out like this…Really? Okay oh … we await your readers mail when he finally breaks your heart, lol.

She sounded absolutely distraught, and utterly disconsolate. Her usual exuberance, the bonhomie which she wears like a badge of honor was missing both in her voice and in her demeanor. She was inconsolable, pained and emotionally devastated. She had every reason to feel that way.

For over six years, she had given her all to a romance that had been celebrated, touted and written about as one that was made in heaven. For six years, they had projected the image of a blissfully happy couple that could do no wrong.

Her boyfriend of six years– the one that is famously referred to as the ‘Nollywood bad boy’, Jim Iyke has finally acted out his moniker and it is not pretty at all.

“These days, I ask God: Why has thou forsaken me? How can a man with whom we had gone through the highs and the lows-a man who had professed so much undying love for me over the past six years just walk away like that? I don’t know what happened and I wish I could put a finger on it,”

Keturah had told me, sounding sad and exasperated.

Their roma*nce was strong, and Jim had spoken severally of plans to walk down the aisle with her. He had told me anumber of times that in Keturah, he had found “a perfect mate – someone who was “se*xy, intellectually curious, exotic and edgy.” Keturah was known all over the world as Jim Iyke’s   girlfriend – a wife in waiting. They had traveled round the world together, and she had stood by him through most of the scandals that have continued to trail his professional and private life. Not even when another woman claimed to have dated Jim Iyke and later accused him of battering her and a business deal gone awry which was amplified in the media, she didn’t threaten to end the affair.

Keturah Hamilton, the Jamaican-born actress, model and business woman was the partner tailor-made for Jim Iyke. She had accepted and tolerated all of the actor’s ‘foibles, issues and challenges’ and was determined to stick with him through thick and thin.“And then…Just when we thought the wedding invitations will soon be mailed out; just when we thought the loving duo had reached a point of no return in their relationship, the news broke out that the story book rom*ance had ruptured; that the center of the relationship could no longer hold. Jim Iyke had ‘bailed’ out of the affair and appeared to have acted out some of the elements in their joint reality show “Jim Iyke Unscripted.” He was said to have ended their six year-old affair in a most emotionally callous way. He simply walked away “without even a phone call” recounted tearful Keturah.

“He took away six years of memories, of support of love and all that I did for him-just like that. How mean and callous can one get?

Keturah also recounted how Jim Iyke used and dumped her. “Jim was supposed to come to New York and stay for six months, during which time, he would go to an acting school here in New York and then we would move to Los Angeles and get married and pursue our acting dreams. I was looking forward to that with eagerness and then he just walked away.”

Asked what could have been the reason for such a change of heart, Keturah said “We had problems like normal lovers do, but we always resolved them amicably. I know there was something Jim asked me to do, which I didn’t want to do right away. But that should not have made him to do what he did.”

However, when pressed to reveal what it was that Jim wanted her to do, she said it was personal.

Keturah said she feels used and dumped. “I played along in the reality show as if I truly was a jealous and crazy lover. It was an act, but now I feel as if Jim set me up. He is a wicked man. I stood by him through all his troubles and tribulations. I helped bring him to the limelight when the light of his career was dimming. He is an ingrate and I leave him to God.”

One thing that seems to have pained Keturah more than anything else is the rumour making the rounds that Jim left her for the Ghanaian actress, Nadia Buari. “That is the rumour I have heard and I know it is not just a rumour. They have been hooking up in Ghana. They were together at Tuface’s wedding and appear to be everywhere together. I just can’t believe Jim would be this ungrateful – after all I have done for him. I have not been able to accept this and I am truly in a state of shock. If Jim could treat me the way he did, after six years of being there for him, supporting him, encouraging him in all that he did, then I wish Nadia the best of luck.”

Meanwhile, Keturah has moved on with her life. “I am a strong woman and I am moving on with my life. God cannot give you that which He will not provide you the platform to stand and deal with. I wish him the best in his life.”Efforts to reach Jim Iyke for his own side of the story was abortive as his telephone lines were all switched off. But we will strive to get his own side of the story next edition