There have been an on and off debate if Nigerian Super Eagles and Chelsea soccer star, should be dating his Russian girlfriend.

A Nigerian lady with the Instagram handle Zanabwizzy says she is pained and  frustrated that Mikel has not been doing well lately in his career; she seemed so pissed that she took to his personal IG page and aired her view and why she thinks he should leave Olga, his girlfriend for now.

A Russian man who happens to also be following Mikel, felt offended about her words and decided to reply, saying Nigerians are taking this to the extreme. He also made it clear that Olga’s father is one of the most successful men in Russia and Mikel has nothing on her financially.

Their munched statements below: – 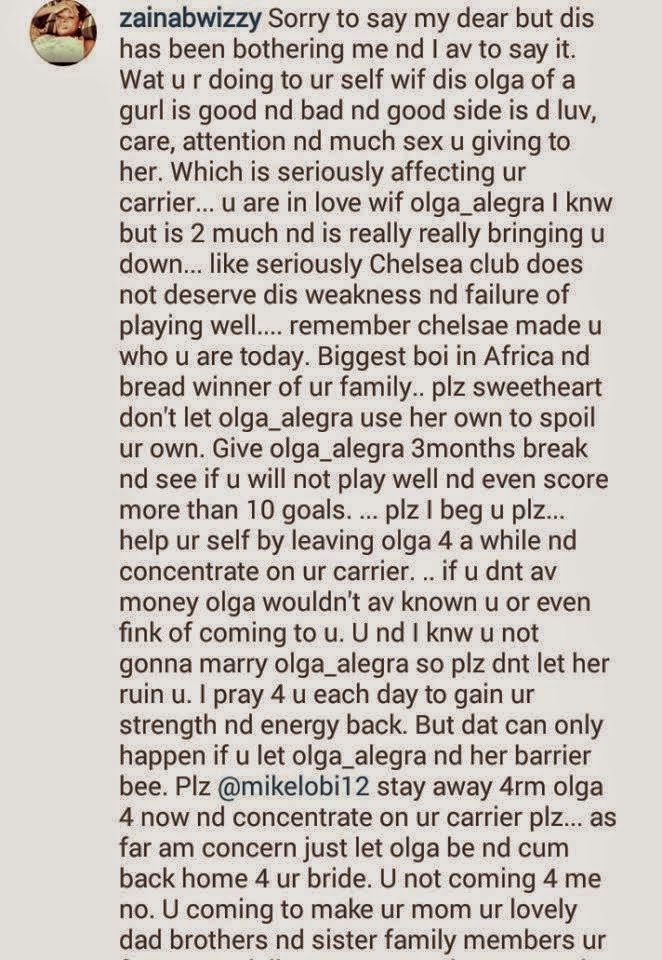 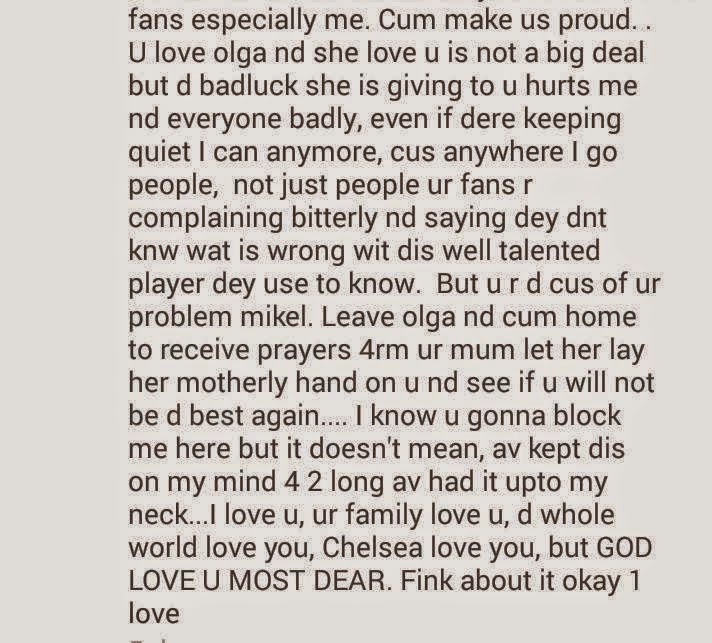 The Russian man reply below: – 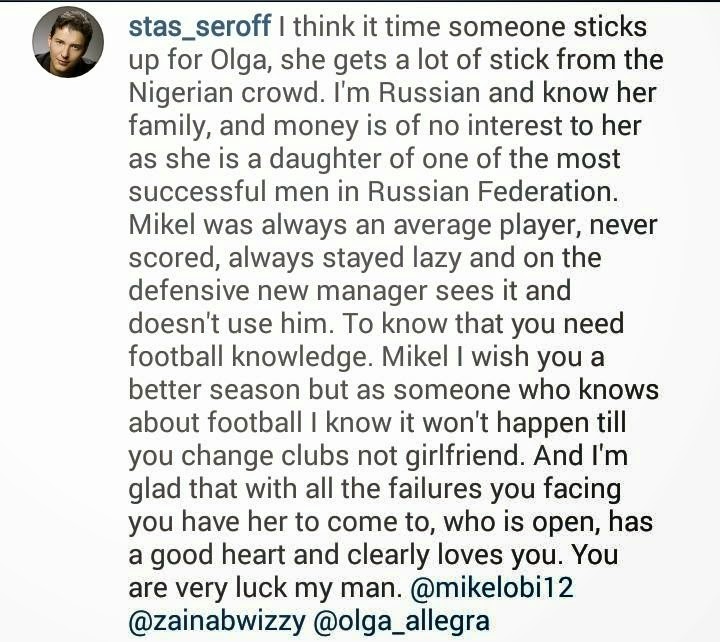