Women’s rights activists Dr Joe Odumakin has threatened to mobilize all pregnant women for protest if the police officer that assaulted a pregnant women in Lagos is not disciplined.

A clip which surfaced few days ago on the social media, showing a police officer identified as Arthur Okeke harrasing a pregnant woman with disregard for her condition has continued to attract more reactions.

The victim, Mrs. Rashidat Oyelowo Abdulmajeed recounted her experience while speaking to journalists in Lagos. She told of how the police officer conducted himself very embarrassingly. Find the video here

The victim stated that she was slapped and her hijab was also torn during the encounter on the bus with police officer, Mr. Arthur Okeke. 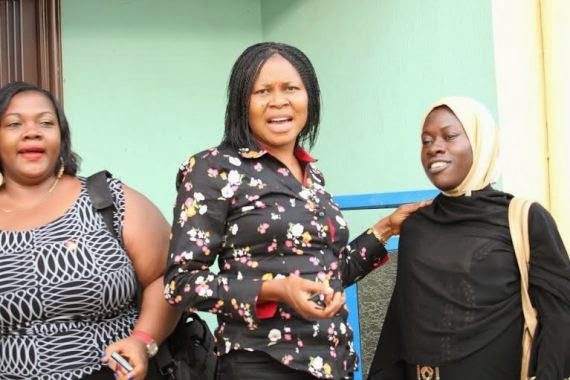 She narrated that the policeman was in a seat behind the one she sat on the bus, and he officer leaned forward, resting his arms on guard of her own seat, but her back was also relaxed on same guard.
The woman said Officer Arthur Okeke ordered her to raise her back from the seat, but she had responded that it was meant for occupant of seats to rest their back on. Besides, she said, she told the officer that she was pregnant.
Officer Arthur began assaulting her thereafter.
“He pulled my hijab from the back and forcefully reclined my head backwards so that my head hung over”, she said.
Her narration, which buttressed the visual spreading on the social media, included how the police officer ordered the bus to stop and also asked every passenger to alight so he’d torture her more. She said every passenger condemned his actions, but most of them were under trepidation he might harm them.
While the bus stopped,  the officer also called on another who was directing the traffic, on the road to join him in the act, but he was turned down. 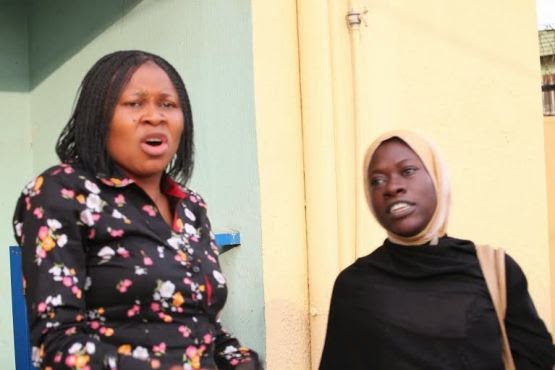 Reacting to the incidence in Lagos, female activist and president of Women Arise, Dr. Joe Oke-Odumakin who received the victim in her office on Friday, called on the Police Inspector General, Mr. Ibrahim Mohammed to take on the erring officer for disciplinary action.
Okei-Odumakin warned that the spate of police indiscriminate molestation of citizens is on the increase and moreso, unacceptable.
“I trust the IG of police that he will take action on this and bring Arthur Okeke to book. But failure to do this, we will mobilize all pregnant Women and protest police brutality on the street for the sake of Mrs. Rasheedat”, she said.
Meanwhile, the Police Force has not said anything about disgraceful conduct of the officer, despite many communications to it about the incidence.
Severally, the video has been tweeted, tagging the Police authority on social media with the video, but no single response from the police came on it.
Related Topics:
Up Next

Alibaba calls out soldiers over the rampage in Lagos.