Nollywood actress Angela Okorie has been accused of being involved in a theft scandal in South Africa which saw her get arrested and detained by the South African police. The actress in an interview with Yes magazine has debunked the theft scandal stating it was a case of blackmail after she had turned down a certain Prosper’s sexual advances.

Here’s her account of what happened plus pictures of her in South Africa with Muma Gees’s husband, Prince Eke below:

“I left Nigeria for South Africa to shoot my movie, Nwa Abakaliki in South Africa on Monday April 7 2014 with Prince Ekeh, Muma Gee’s husband. I paid for his flight and accommodation from Port Harcourt to Lagos and from Lagos to South Africa. Then at a point, I decided to move to a hotel so as to give him space and a friend of mine called M.K said I should come over to her place at North Gate Estate where I can pay less for my accommodation because she has a 3 bedroom flat.

So I moved in and met a friend of mine called Prosper who is actually one of my biggest fans in her place. But he was also living in a separate room with the lady. As time went on, this guy started disturbing me for sex. He said he liked me and would not mind having an affair with me. But I told him I am married with a child but he would not let me be. It got to a stage he went to hire a car to take me around so as to aid my production but I never gave in to his demand for sex. 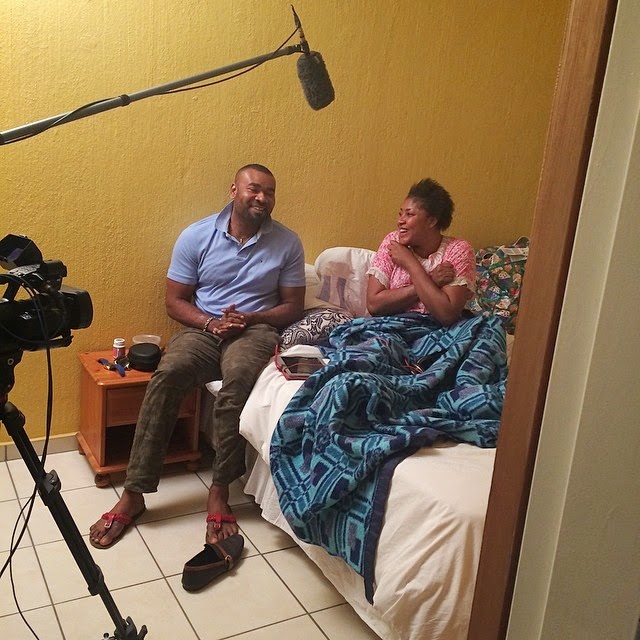 Then on Good Friday, April 18th, I was in my room and didn’t bother locking my room door. Prosper came in and tried to rape me but I told him that I am ready to kill and go to jail if he ever tried it. After much sweet words and threats, he left me alone and I moved out of the house to Hilton Hotel, Sandton that day.

On Sunday, April 19th, Prince Eke called me that Prosper and some people were coming to meet me at the hotel and I said no problem. Unknown to me, he was coming with about three policemen. I opened the door for them but to my greatest surprise, Prosper said that I stole his 32,000rand which is about $3,200. I was surprised because that to me is ridiculous. How can I steal such money when I paid for Prince Ekeh’s flight and accommodation which amounts to about $4,000 dollars, not to talk of myself? I was taken to Honeydew from where I was moved to Ranburg Police station in Johannesburg on Saturday April 19th and was released the following day, being April 20, 2014, Easter Sunday.

Why I am sad about the whole blackmail is that it was after my release that I got to know that Prosper’s job in South Africa is to con and defraud new Nigerians in S.A. He would identify strangers who have come with money for a project and offer to assist. Afterwards, he would call the policemen who are also working with him to defraud the innocent people, claiming to have done something for them or that they stole his money. He picked on me because he knows I am a celebrity and would not want to soil my name.

I was seriously embittered when I later learnt that Prince Ekeh harbored him in the house I left for him to stay and that he was on the run because I vowed to take the matter in the law court for defamation of character. When the issue became serious, they started begging me, sending different set of people to beg me but I promised to show them the other side of me because I have not been able to complete my movies since then. Prince Ekeh was even threatening to shoot me; that why would I be telling my friends about the incident and also queried the policemen who gave me my passport.

Prince is an ingrate. I paid for his ticket from Port Harcourt to Lagos and from Lagos to South Africa to help him and his family because his wife, Muma Gee has been the only one assisting his career and all he could pay me with is this cheap blackmail. He was not even happy that my passport was released to me. I keep asking myself why? What does he want to achieve? Anyway, I have told him and his accomplice who tried to rape and blackmail me that I am taking this up in a reputable law court” 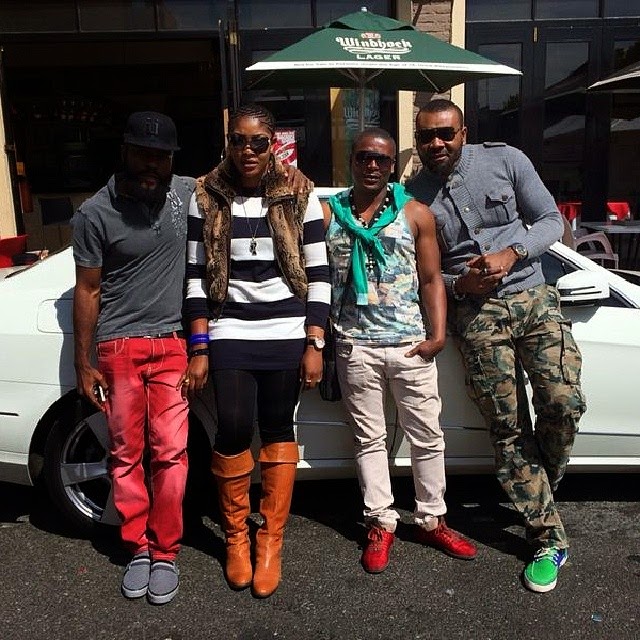 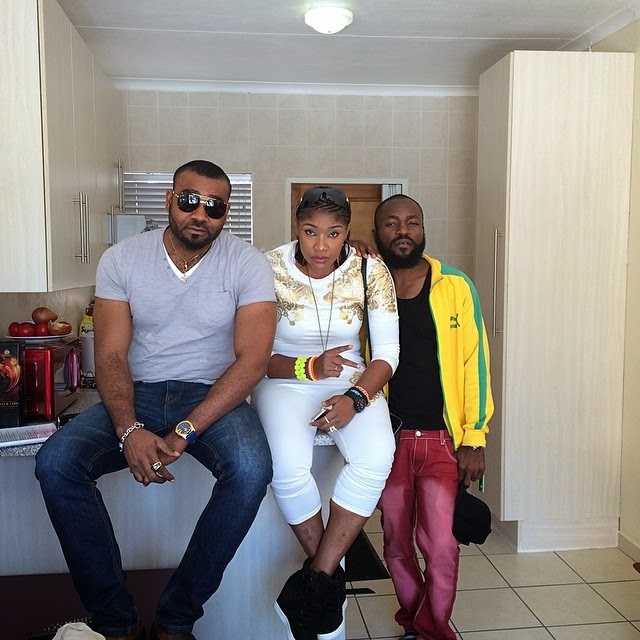 Annie Idibia, Monalisa Chinda, Others Hang Out With Ini Edo On A Boat Cruise For Her Birthday – Photos