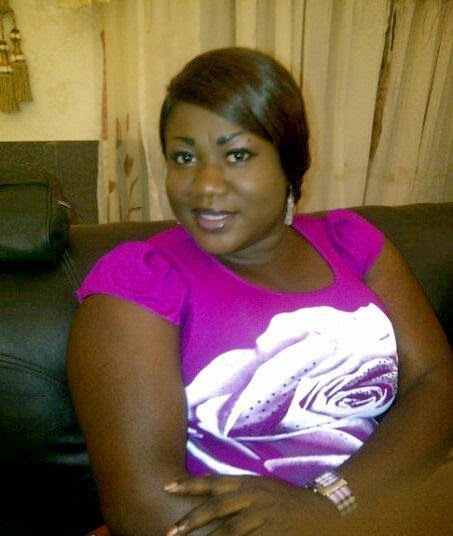 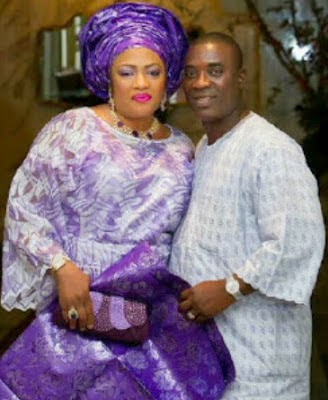 Yoruba Actress Bisola Badmus has finally come out to say King Wasiu Ayinde Marshal is the father of her 2-year old son and she is not in any way scared of his newest wife, Titi Masha. She says because she hasn’t confirmed this in a long while does not mean that she is scared of her, and in actual fact K1 is her husband. She revealed this to National Encomium in their latest issue.

There is a tale that you’re claiming that K1 De Ultimate is the father of your baby, how true is that?
Yes, he is the father of my son. That’s not a lie. My son is not a bastard.
What is your son’s full name?
He is Abdulmalik Ayinde Marshal. I have never regretted having a baby for K1. He has been a wonderful father to my son. He is taking good care of Him.
But you told us sometime in 2012, that he wasn’t your baby’s father. Why are you just confessing now that the child is almost two? And why hasn’t K1 claimed him since?
I thank God for giving me a wonderful son, a cute one at that. I am happy as a mother let me correct the impression by the public and some press men that may be because K1 had denied the paternity of my son, that’s why I kept quiet since. That’s not true; I only do not want to talk because I hate noise, most especially on my son because he is too young for that. Everybody knows I am naturally a very quiet person. That’s why I refused to talk about or even grant any interview on the matter. I know who the father of my son is. It’s not controversial
Is there any misunderstanding between the two of you at the moment?
We never had any misunderstanding. He still pays his bill as a father. And my son will be happy knowing that K1 is his father. He has been so caring to us. I can’t fight the father of my baby. K1 has been a very good father and I love him for that.
How long have you been in relationship or it was just a one night stand?
It wasn’t a one- night-stand. We had a good relationship. We agreed that we should have a baby, not that I forced my child on him.
Are you telling us you’re married to him?
Of course I don’t have any other husband.
But we learnt you’re afraid of his new wife, Titi Masha. That’s why you remained silent on the issue. What’s your comment on this?
I told you I kept quite because I don’t like noise, especially about my little boy. Besides, no one has ever been a threat to me. My husband is my husband. I don’t believe I owe anybody any explanation for marrying him. Nobody was there when we met. Then, how can anybody become a threat to me or my marriage to K1? That’s not possible. So, that’s all.
Anyway, leave my marriage for me for now. That’s not the real reason I decided to grant this interview. It’s just a kind of digression.
Related Topics:Bisola BadmusBisola Badmus' Photoskwam1yoruba actress
Up Next

Stella Damasus Shuts Down All Her Facebook Accounts – Read Why