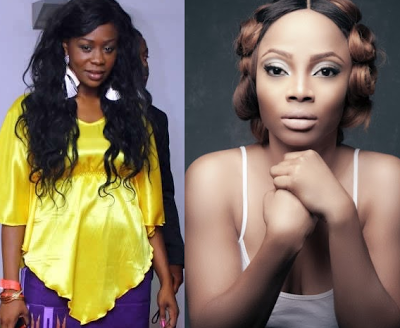 Toni Payne took to her blog to share this post, defending Rhythm FM On Air Personality, Toke Makinwa, who has been under a barrage of attack for allegedly breaking up with her fiancé.

Let me start by saying, we sometimes avoid those touchy subjects because we wish to avoid “drama” but Cyber Bullying is one concept it seems we are yet to get a full grasp on its consequences.

We have seen cases of young ones committing suicide because they couldn’t handle the bullying. I pray and hope things don’t get this far in my motherland, although I suspect it may have and we just don’t document it as much.
There is this ”trend” of making vicious comments about others that has become popularized by certain blogs.
I have seen it happen to celebrities and non celebrities alike, some notable names being Tonto Dikeh, Dbanj, and most especially Karen Igho, just to name a few. Its like the general mentality has become, if you ever become the topic on certain blogs, get ready to either grow thick skin or have a mini heart attack.

Anyways lets fast forward to why we are here. Today, I saw tweets to the effect that Toke Makinwa was being attacked on a certain blog. One of the retweets took me to the source and my heart was like, something has to be said. If it changes something, fine. If it doesn’t, that’s fine too.

Toke may not say anything because she wishes to appear strong and non chalant, but damn, she isn’t made of steel and has blood in her veins and emotions like we all do. Last time I checked, most people that have been a victim of cyber bullying such as this are human too. Also, there is no age restriction on these blogs so your kids are reading and learning. To those who make these comments its “fun”, but when does fun turn into torment and emotional abuse?

Toke and I are not close friends so I have nothing to gain from defending her except calling a spade a spade.
If someone is having personal issues, offer words of support and move on, if she likes going to parties, free her because she is using her legs and not yours. If she wants to vlog about her life, take what you can from it and keep it moving. Try and distinct constructive comments from vicious ones. Try to distinct funny from wicked.

From the little I know about her, Toke Makinwa is a sweet lady. She is friendly, funny and down to earth so it leaves me wondering, what all these people raining hurtful abuses about her stand to gain. Even if she is not all these things, if they don’t know her personally, what do they stand to gain? You want to know the answer? Absolutely NOTHING!. They comment, laugh, and move on. To them its entertainment but to the person who is being picked on, its not close to funny. When it becomes a family member, its not close to funny. If it is your child someday, it will not be close to funny.
With that said, I hope people search their conscience before they comment. If not, no problem. We can’t see you as anonymous but God knows how its going down.

I have had some deep discussions about this with a few big name celebrities and hopefully, as the years progress, something can be done to see a big reduction in cyber bullying. Lets aspire to love more and hate less.

This Is Why Oprah Winfrey Never Had Children