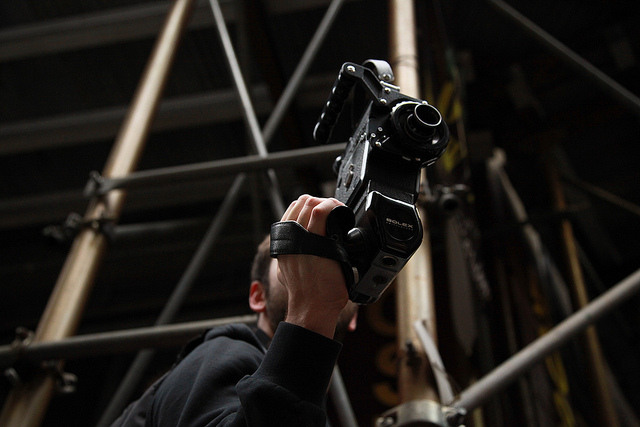 Foreigners living in Spain and tourists in visiting Spain should take note of these new laws so as to avoid getting into big trouble. On Tuesday Spain unveiled a draft Citizen Security Law which demands huge fines for everything from filming a policeman to drinking on the street. The release of Citizen Security Law has raised more than a few eyebrows. Thee prime minister, Mariano Rajoy, said the law was not meant to gag citizens but protect them. “One of the obligations of the government is to guarantee the liberty and security of all of its citizens,” he said. But Joan Coscubiel, a spokesperson for the Izquierda Plural group in parliament, called the law a kick in the teeth for democracy, saying; “This is not a citizens’ security bill, it is a citizen-repression bill.
Read the new laws :

1. INSULTING OR THREATENING COPS: Calling Spanish policemen monos (monkeys but the same as calling them pigs in English) is now a thing of the past unless you want to cough up between €1,001 to €30,000.

2. DRUG USE: Growing your own weed for self-consumption used to be allowed under Spain’s previous left-wing government. Now cultivating, carrying, using or manufacturing drugs will result in fines of between €1,001 to €30,000.

3. ESCRACHES: Originally from Argentina, this type of demonstration involves protesting outside the home or workplace of a political figure. Spain’s anti-eviction lobby the PAH have rather taken a liking to it. They make have second thoughts now unless they want to choke on a fine of between €30,001 to €600,000.

4. DRUG TAXIS: Known in Spain as cundas, these run-down vehicles act as taxis that take addicts from the city to the drug ‘supermarkets’ on the outskirts of Spanish cities. Cunderos, or the drivers, now face fines of between €1,001 to €30,000.

5. CONCEALING YOUR IDENTITY: If you’re looking to wreak some havoc, leave your balaclava and other camouflage at home or they’re going to make you pay through the nose: between €1,001 to €30,000 to be precise.

6. OPEN-AIR DRINKING: Spanish youth culture may be associated with the so-called botellón, but from now on youngsters will have to sip on their alcoholic beverages either at home or in bars unless they want to pay between €1,001 to €30,000.

7. VANDALISM: damaging public property such as bus shelters, rubbish bins or containers will entail penalties of between €1,001 to €30,000.

8. UNAUTHORIZED PROTESTS: If you want to organize a protest outside the Spanish Parliament, Senate or any other government building you’d better give the ruling Popular Party some pre-warning or they will slap you with a mammoth penalty of between €30,001 to €600,000.

9. FILMING OR PHOTOGRAPHING COPS: Earlier this year a Gibraltar man got into trouble for publishing personal information on the border police working at The Rock. Do that now and you’re more than likely to be sorry: the penalty will be between €30,001 to €600,000.

10. BLINDING PILOTS AND DRIVERS WITH LASERS: Real Madrid footballer Cristiano Ronaldo might find it annoying when someone in the crowd shines a pocket laser in his face, but if they did it to a pilot or bus/train driver they would face astronomical fines of between €30,001 to €600,000 .