She’s currently in Auckland while she fulfils the next leg on her epic Diamonds World Tour.

But while fans are used to seeing her sporting heavy make-up and garish costumes as she journeys across the globe, it was a very different and rarely seen Rihanna who ventured onto her hotel balcony on Sunday.

Indeed, the 25-year-old songstress looked as if she had another big night out after her sold-out show at Vector Arena in the city that evening. 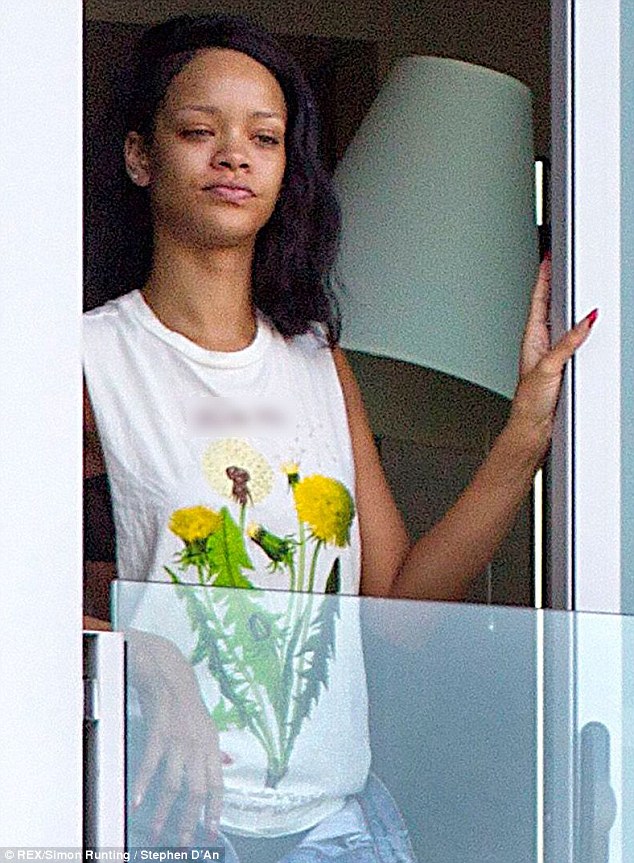 That you RiRi? Rihanna goes make-up free as she steps out onto the balcony of her waterfront hotel in New Zealand on Sunday 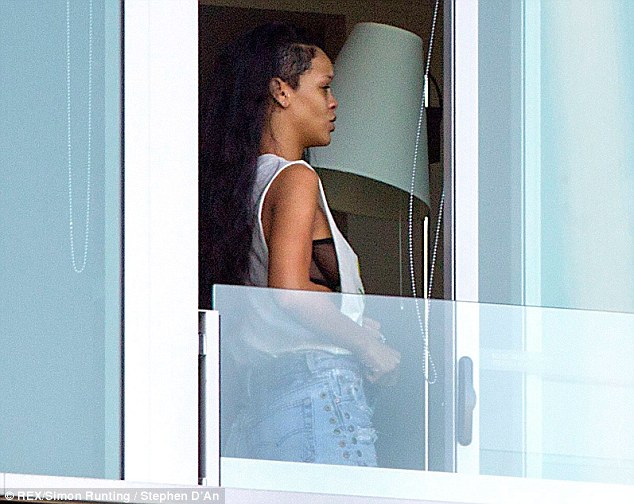 A close shave: The sultry singer shows off her shaved temples as she appears at her hotel balcony window on Sunday

Rihanna looked tired and drawn as she took in the view, her dark sweep of hair unkempt and hanging loosely across one side of her head.

The singer’s ‘straight out of bed’ look was accentuated by her crumpled sleeveless T-shirt and faded jeans, of which the top button and fly remained open.

RiRi had previously approached the floor to ceiling balcony doors of her waterfront hotel in a robe while she casually puffed on what appeared to be a hand rolled cigarette. 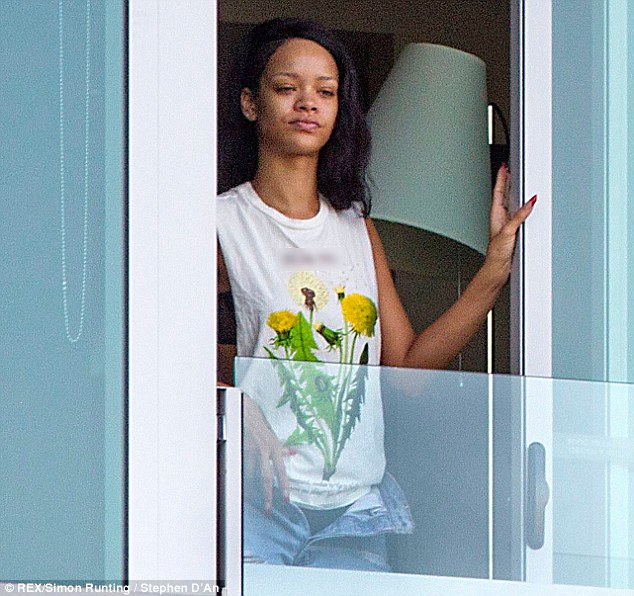 Bare faced cheek: Rihanna looks weary as she takes in the view ahead of a show in Auckland that evening 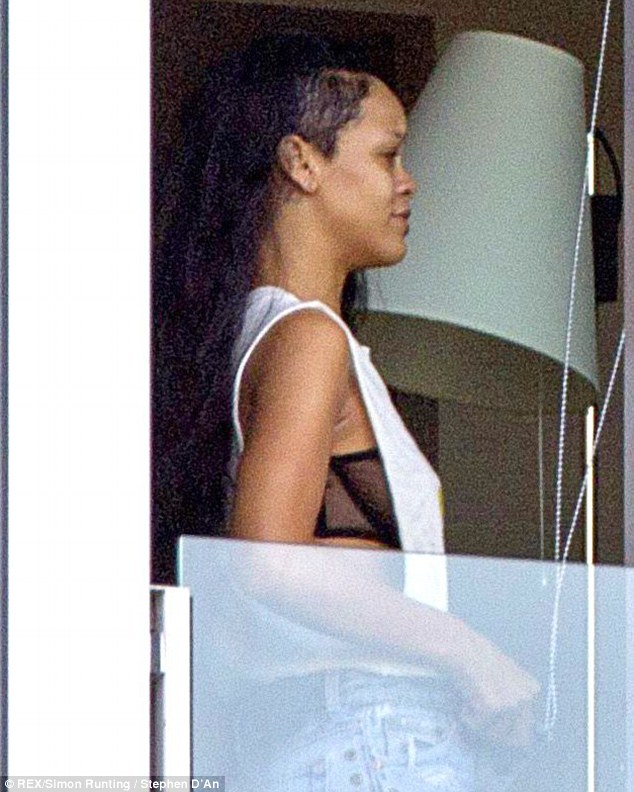 A rare sight: Rihanna looks markedly different without a liberal helping of make-up

The Bajan star’s weary appearance suggest she might be feeling the effects of her rigorous tour, which will have taken in a staggering 97 shows when it finally draws to a close in New Orleans this November.

Rihanna’s apparent tardiness during the Australian leg of her Diamonds tour prompted a barrage of abuse from furious fans on micro-blogging site Twitter.

The singer arrived more than 40 minutes late for a show in Perth, leading to public displays of frustration over her ‘glassy eyed’ appearance when she did finally take to the stage.

Smokin’: Rihanna appears to be smoking a hand rolled cigarette as she gazes out at the waterfront view on Sunday 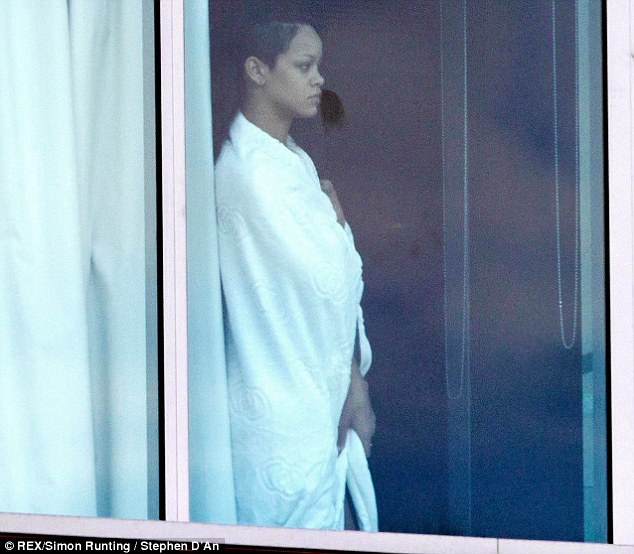 It’s a wrap: Rihanna appears to be lost in thought as she huddles beneath a white robe

Rihanna had previously been accused of ‘lip syncing’ and ‘appearing to be drunk’ during a previous show at the Singapore Grand Prix.

The sultry star was performing at the Formula 1 event after a colourful few days in Thailand where she was criticised for both posing with an endangered primate and visiting a live sex show.

She was probably hoping her luck would change once she left the country.

However, Twitter comments from concert goers ranged from: ‘Pretty sure #Rihanna didn’t sing the last two songs at all’ and ‘So disappointing Rihanna’ to ‘I think Rihanna is high on something. Alcohol, maybe drugs’ and ‘Quite, quite underwhelmed by #Rihanna at the Padang’. 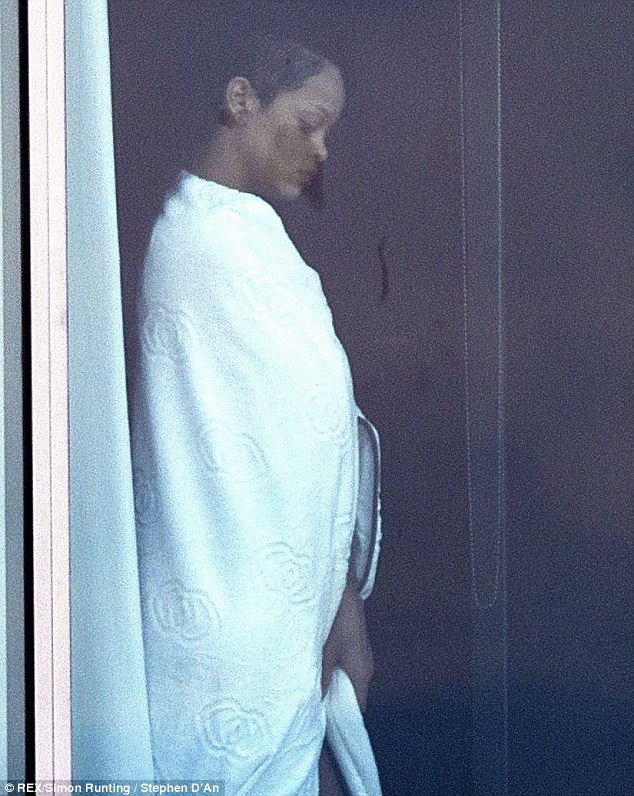 Eyes down: The singer appears to be in a reflective mood on Sunday 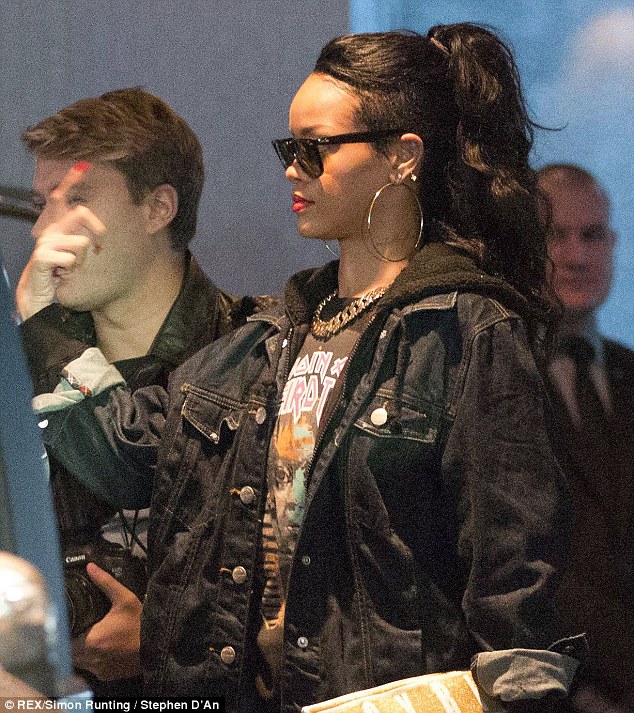 Business as usual: The singer appears to be back on her game in Auckland later that day

Video: See Shocking Response As Women Are Asked When They Think A Woman Should Divorce Her Husband