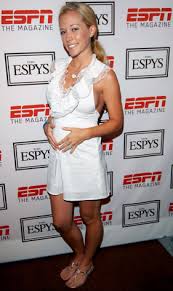 Kendra Wilkinson is pregnant with her second baby with athlete husband Hank Baskett, but not everyone is happy about it, specifically her brother Colin, who dissed the 28-year-old TV personality on Facebook on Friday, October 18. The outburst was reportedly over Colin’s disgust for her sister for keeping her second pregnancy from him and their mother Patricia.

“Everyone wanna know the truth. My sister can go straight to f**king hell. She’s an inconsiderate b***h. How dare her tell my mom to go die. My sister is the most selfish human being on the planet,” Colin wrote. Apparently, when Kendra contacted them to try to appease their hurt feelings, that’s when she got into an argument with Patricia where Kendra ended up wishing her mom was dead.

It seems that Colin’s resentment may have grown over the years, stemming from the fact that Wilkinson, despite her success as a reality TV star on “The Girls Next Door” and her own series “Kendra” and then “Kendra on Top”, has not extended any financial support to her mother or her brother. “She has never once helped my family. So plz stop asking me about her. As I have nothing to say. You want the real me. U fr**kin got it,” said Colin who has practically disowned his sister by saying, “She is no longer a part of my life.”

For her part, Kendra has decided not to make the situation any worse than it already is. She had been very open about wanting to have a second baby with Bassett earlier this year.