Dr Olusegun Ajiboye, ASUU University of Ibadan branch chairman shares why the Finance Minister of the federation should be blamed for the ongoing ASUU Strike.

This is a government that signed an agreement with us on January 24, 2012, to the effect that they would inject N100bn as funding into the universities in the first month; and that before the end of 2012, they would inject another N300 bn.” 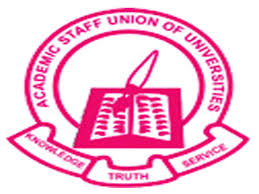 Dr Ngozi Okonjo-Iweala increasingly is cutting a sorry figure as Finance Minister. And nothing has demonstrated this fact more than her utterances on the strike by the Academic Staff Union of Universities, ASUU.

To start with, she announced, as if it was true, that government cannot pay the N92 billion causing the present palaver. She turned out to be wrong on three counts at least – none of which does her reputation as a global financial expert any good. It was poor defence and exposed her as someone who did not do her homework very well before commenting on a vital national issue.

First, as Dr Ajiboye pointed out, N92 billion represented a figment of the imagination of the former World Bank Managing Director. Ajiboye, a valid representative of all the ASUU creditors, told us that the amount due to them was N87 billion; not N92 billion. Even for a wasteful administration, overpaying by N5 billion would have been reprehensible. There is a lot of good work which government can do with N5 billion instead of throwing it away carelessly. Throwing public money away carelessly was what led to the fuel subsidy scam which tarnished her reputation in 2011/2012 when she jumped into the fray without checking her facts properly.

Second, her statement about government’s inability to pay lacked credibility and was soon discredited by the President. There is a distinct difference between “can’t pay” and “won’t pay”. The former admits of financial weakness or destitution; the latter connotes willful refusal to honour an agreement into which government voluntarily entered.

For the Minister of a government which allowed the country to be defrauded of over N1 trillion to claim that government cannot pay N92 billion or less than one per cent, is an insult to the intelligence of Nigerians and discredit to government itself. As if to prove that the Minister spoke, not for government but herself, the President a few days after ordered that more than N92 billion be released to the universities. That order by Jonathan had elevated Okonjo-Iweala’s claim from the realm of the incredible to a colossal lie. Where will government find N100 billion to carry out the President’s instructions if it cannot afford N92 billion?

But, all those pale by comparison with Dr Okonjo-Iweala’s real contribution to this awful national calamity. Read Dr Ajiboye’s assertions again and the astute reader can readily see the genesis of this whole mess. In January last year, long after the 2013 budget had been presented to the National Assembly, obviously with no provisions for paying the N87 billion owed to ASUU, the President, who at that time was facing a national revolt on account of fuel price increase from N65 per litre to N141 did not want another ASUU strike to add to the uprising. So, government, perhaps ill-advisedly and hastily promised ASUU N400 billion additional money; that brought the total debt payable in 2013 to N487 billion.

Call it incompetence or lack of courage and/or integrity, but given a 2012 budget, from which any provisions for ASUU had been excluded, promising eleven per cent of last year’s budget to the academic staff of universities was fraudulent. When Jonathan Swift, 1667-1745, wrote that, “Promises, like pie-crusts, are made to be broken”, (VANGUARD BOOK OF QUOTATIONS p203), he must have had a government like the present one in mind. It is one government on whose promises nobody should rely. So 2012 ended without government honouring its agreements. That was bad enough.

Any financial officer, involved in budgeting, knows that when planning the budget for any year, you must take into account all the bills past due as well as those likely to fall due during the year – if the decision is to pay. They can only be ignored if there is a willful and conscious decision not to pay and to damn the consequences.

The fiasco this time around has occurred because the Finance Minister either forgot to make provisions for paying the N487 billion, not even N92 billion as she claimed, or because she deliberately excluded those outstanding bills. Forgetting such a huge liability demonstrates incompetence and gross negligence – for which the nation is now paying dearly. Remembering that the debts are long overdue and deliberately ignoring them is proof beyond reasonable doubt of lack of budgetary integrity. It does not require the towering intelligence of a Harvard graduate to predict the outcome of that benign neglect of government’s obligations.

Unfortunately for the government, for the Minister and all the other stakeholders, “All things do help the unhappy man to fall”, according to Shakespeare, 1564-1616, this years budget is in shreds. The same Finance Minister has been leading the government officials telling us about the shortfall in revenue on account of alleged crude oil theft. As much as 400,000 barrels a day is stolen – apparently with government helpless to check the pillage.

A recent report estimated that oil revenue in July of this year dropped by 42% compared to the same period last year. By a cruel twist of fate, the country had moved from won’t pay closer to can’t pay. There is no money in the budget to pay ASUU N487 billion; that is certain. Just as sure is the fact that, even if Okonjo-Iweala had not been careless, there probably would have been no money to pay the entire bill.

Realising the government’s partly self-imposed predicament, Jonathan had approved part payment of the outstanding debts. Ordinarily, that should have induced Nigerians to rise up and urge ASUU to accept the half-loaf and wait till next year for the balance. However, given government’s reputation as a dead-beat, on whose words nobody can rely, there has been no outcry against ASUU for refusing the offer. This is the closest thing to an economic Mexican stand-off that anyone can imagine and only divine intervention can resolve the mess – thanks to the Finance Minister; who should know better. Nobody, with the minutest experience in drawing up budgets should have made that mistake.

The most important question now is: will the 2014 budget reflect the payment due to ASUU – even if the lecturers accept the offered half-loaf? If it does not, ASUU’s return to the campuses will be short-lived. They will be out again in 2014.

Finally, the Finance Minister has probably antagonized the one group every public office holder should avoid at all costs. University dons are not only articulate, they are the most vocal group in the country and the most influential opinion molders. Henceforth, they will cease every opportunity to cut her down to size. This episode, however it ends, has once again raised the possibility that Ngozi Okonjo-Iweala might not be around much longer. She was recruited to build confidence in the government’s economic policy team.

Starting with her staunch defence of the subsidy removal, based on falsified data, she had stumbled from one controversy to another. Instead of offering solutions, she is increasingly perceived as part of the problem. She probably has not come across that famous statement by Arthur Dewing in the Harvard Business Review, October 1923. “Behind the facts of economics are the facts of psychology..the emotions of fear and confidence… “. A lot of people are losing, or have lost confidence in the Minister. That’s bad for her and bad for Nigeria.