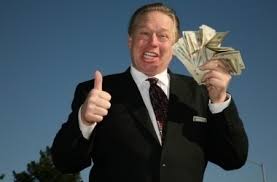 Millionaires say they are not so financially comfortable they can do whatever they want, when they want to, a U.S. survey found.

UBS Wealth Management Americas surveyed 4,450 investors with $1 million or more in investable assets and found that most of them said they didn’t feel rich, the New York Post reported.

Just 30 percent of respondents said they felt wealthy — most said they won’t consider themselves wealthy until they have at least $5 million in assets.

About 80 percent of respondents said part of the reason why they do not feel wealthy is because they are offering financial assistance to their adult children, grandchildren and older parents, the survey found.

“Investors are telling us that wealth isn’t just about money. It’s about being able to do what you want to do when you want to do it,” said Emily Pachuta, head of Investor Insights, UBS Wealth Management Americas. “if you ask, ‘What is wealthy?’ we observe that it’s about having no financial constraints — holding a lot of cash, taking care of family.”