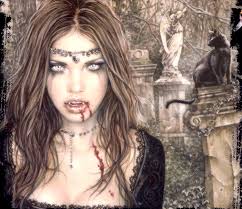 Archaeologists in Poland say they have discovered a grave filled with the skeletons of apparent accused vampires.

Jacek Pierzak, one of the archaeologists, said the skeletons found at a construction site near the town of Gliwice had their heads removed and placed atop their legs, a practice common in Slavic regions when the deceased were accused of vampirism, The Daily Telegraph reported Monday.

The accused vampires would sometimes be decapitated and would other times be hanged until decomposition separated the head from the body, historians say. The heads would be placed atop the legs to make it more difficult for the alleged undead to locate if they rose from the grave, they say.

Pierzak said it is difficult to determine when the bodies were buried as the team had not found any items such as jewelry, buttons and belt buckles, the British newspaper said.