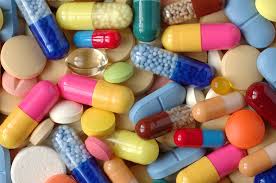 A MAN killed his dwarf friend when he poured 27 tablets into his beer as a joke, a court heard.

Lee Webster, 26, played the fatal prank as he drank with 4ft Jason Wood and other friends, it was said.

The prosecution claim he tipped 27 mirtazapine anti-depressants into his drink when Mr. Wood, 30, left the room to go to the toilet.

Webster then disposed of the prescription pill bottle in a bid to cover up what he done – but Mr. Wood died three hours later, it was claimed.

The alarm was raised when the pair’s friend, Ian Sheringham went back to the house in Ramsgate, Kent and found Mr Wood slumped in a ground floor armchair, the Daily Mail reports.

He desperately tried to revive him before calling the victim’s sister Tracey Wood, 38, and the emergency services.

Webster did not tell anybody what he had done until a month later when he confessed to his father that he had spiked the drink, Maidstone Crown Court heard.

He also told his sister Stephanie he had put the pills in the drink because he ‘thought it would be a laugh’.

And he later told friends he felt bad because he ‘felt as if he had killed Jason’, the court heard.

Webster denies the manslaughter of Mr. Wood last October and the alternative charge of administering poison or noxious substance as to endanger life.

The jury heard that the concoction of pills and alcohol killed Mr. Wood, who weighed just six stone.

The court heard when Jason returned to his beer he complained it ‘tasted funny’ but Mr Webster told him to ‘just drink it’.

A preliminary post mortem examination last October found Mr Wood died from an abnormal collection of fluid in his lungs and a frothy fluid in his airways.

Samples were taken for analysis and found Mr Wood had nearly three times the drink-drive limit of alcohol in his blood and antidepressant mirtazapine.

There was found to be no heart problems and no other significant findings although the catalyst for the death remained a ‘mystery at that stage’ the prosecution told the court.

But on November 23 last year Webster sent Ian Sheringham a message saying: ‘Ian, I am sorry, I put 27 of my mirtazapine tablets in Jason’s beer,’ the jury heard.

Mr Haycroft added: ‘That is the clearest of admissions that he did it.

‘Webster asked what he should do and Mr Sheringham told him he should hand himself in.

‘Lee said when Jason came back into the room he said his beer tasted funny.

‘Lee said he told Jason: “No it doesn’t, just drink it”. Jason then drank his beer.’

Webster was arrested on November 28 last year but lied to police at Margate police station, said the prosecutor.

Mr Haycroft told the court: ‘The next day he told the truth and accepted he put something like 27 anti-depressant tablets in Jason’s beer.

‘He said he did it as just a joke and didn’t intent to hurt him.’

Mr Haycroft added: ‘The opinion was the cause of death was an overdose of mirtazapine in combination with an excess of alcohol.

‘The amount of the drug together with alcohol would be a significant factor in his death.

‘Mr Webster must have committed an unlawful act. He told police and a number of other people he put 27 anti-depressant tablets in Jason’s beer can without him knowing.

‘We say it was a significant contribution to the cause of death and more than trivially contributed to it. No-one suggests he intended to kill him.’

An expert told the court that she considered consuming 27 of the tablets ‘more than minimally’ contributed to death.

The court heard Mr Webster spoke to his sister before being interviewed by police and even considered doing ‘a runner’.