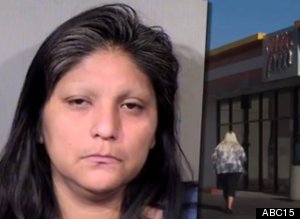 A woman is facing a child abuse charge after police say she tried to give her baby to strangers outside a Phoenix convenience store.

Witnesses told officers that Luna was asking strangers if they wanted a free child.

Police say Luna had been drinking and smoking methamphetamine two days ago and had made no attempt to contact any safe haven locations, government agencies or family members for help.

Luna ended up calling police herself. They say she knew she would be taken to jail on outstanding misdemeanor warrants and would not have to take care of her daughter.

The baby is in state custody.