“It was the first time I ever saw a mother be wheeled INTO the hospital holding her new baby,” Robinson wrote on her blog. “It was the fastest, most incredible, beautiful, wild birth I’ve ever had the pleasure to document.”

Robinson’s client Amy Beth Cavaretta, who along with her husband, Joe, is a photojournalist for the South Florida Sun Sentinel, had told Robinson she experienced a fast birth with her first daughter and handled pain well. So Robinson figured it would be a good chance to follow a family from home to the hospital instead of meeting them inside.

“I did not know that I was going to have a baby on the sidewalk,” Cavaretta laughed.

“When we pulled up to the hospital, there wasn’t any sort of panic — nobody thought the baby was going to come right then,” Robinson said. “The midwife was out there waiting for us, coincidentally, and that’s when Amy walked up to the curb and leaned into the pillar and said, ‘The baby is coming out.'”

The new mom told The Huffington Post that midwife Laurie Ross-Berke held the baby’s head between her legs while her husband ran for a wheelchair, then caught adorable little Sienna Grace as she met the world right there on the sidewalk.

“It happened like a movie!” Robinson said, describing Cavaretta as amazingly cool-headed and collected. “It was very hectic and fast but very calm and happy … Amy was like, ‘We need a blanket for the baby.’ Joe and I were just looking at each other wild-eyed. It was a joyous thing.”

Cavaretta said the time between the photograph of her leaning against the wall and the moment she delivered Sienna is “no more than a minute … When I said to her, ‘The head is out,’ Laurie was like, “That’s it. It’s happening right here.”

Cavaretta’s favorite image is ours, too: Joe’s face awash in “sheer joy,” as he described it to us, the moment after his second daughter was born. “It was so surreal,” he said. “I couldn’t believe it happened so quickly.” 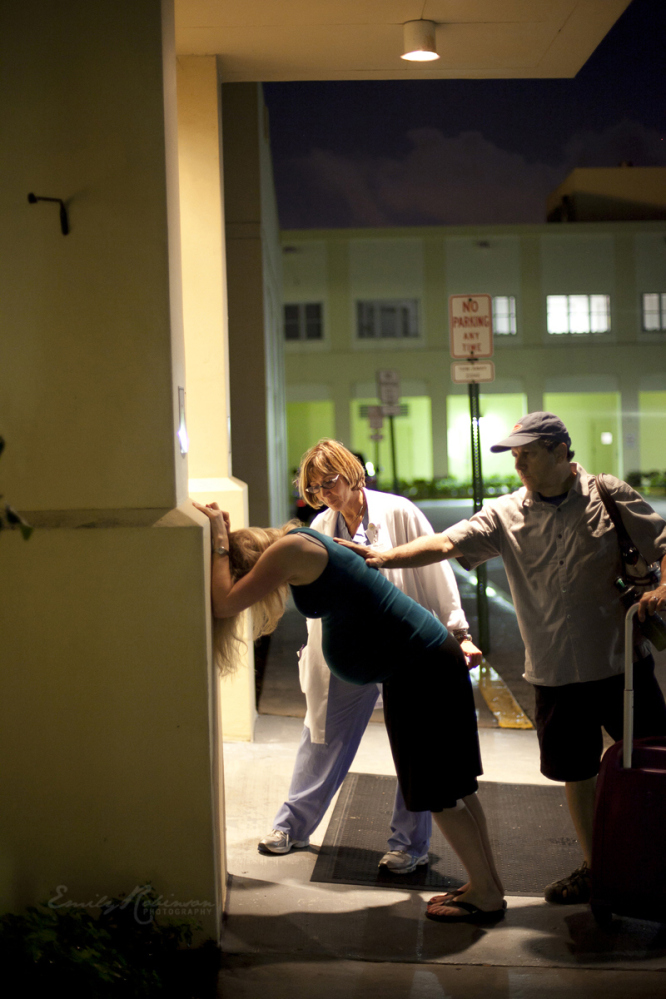 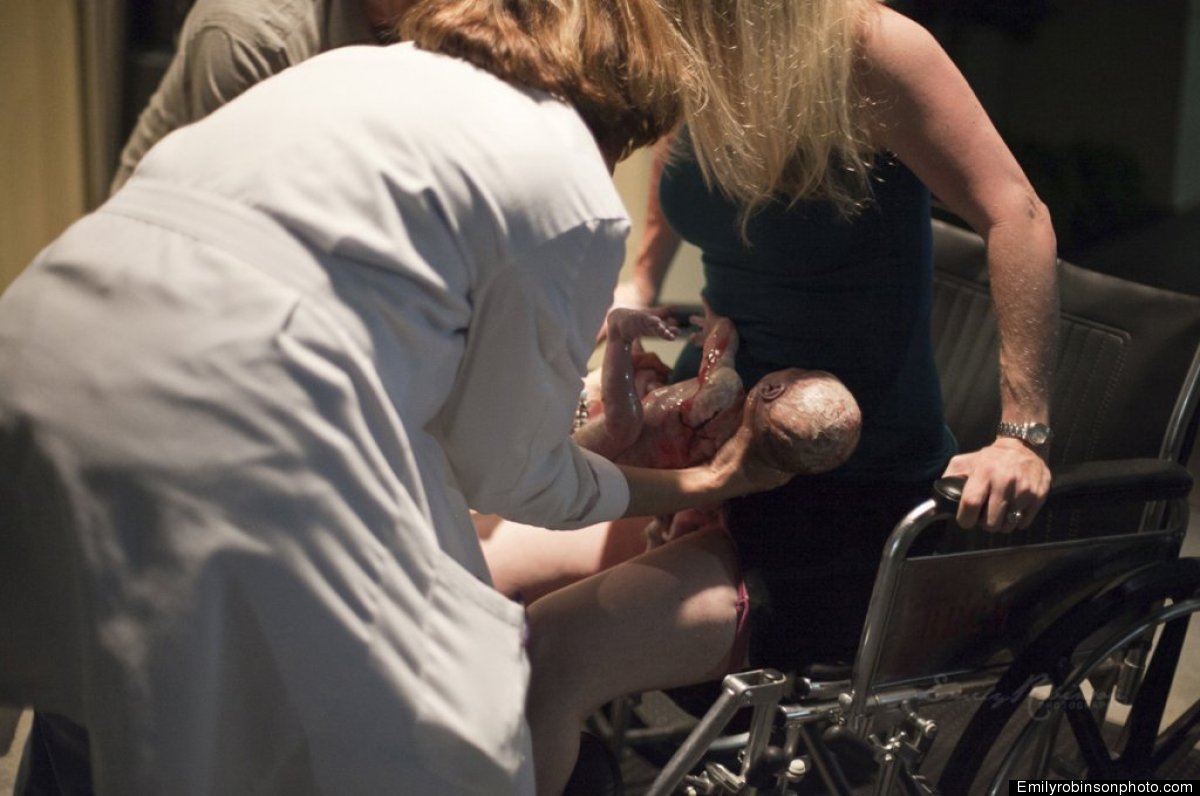 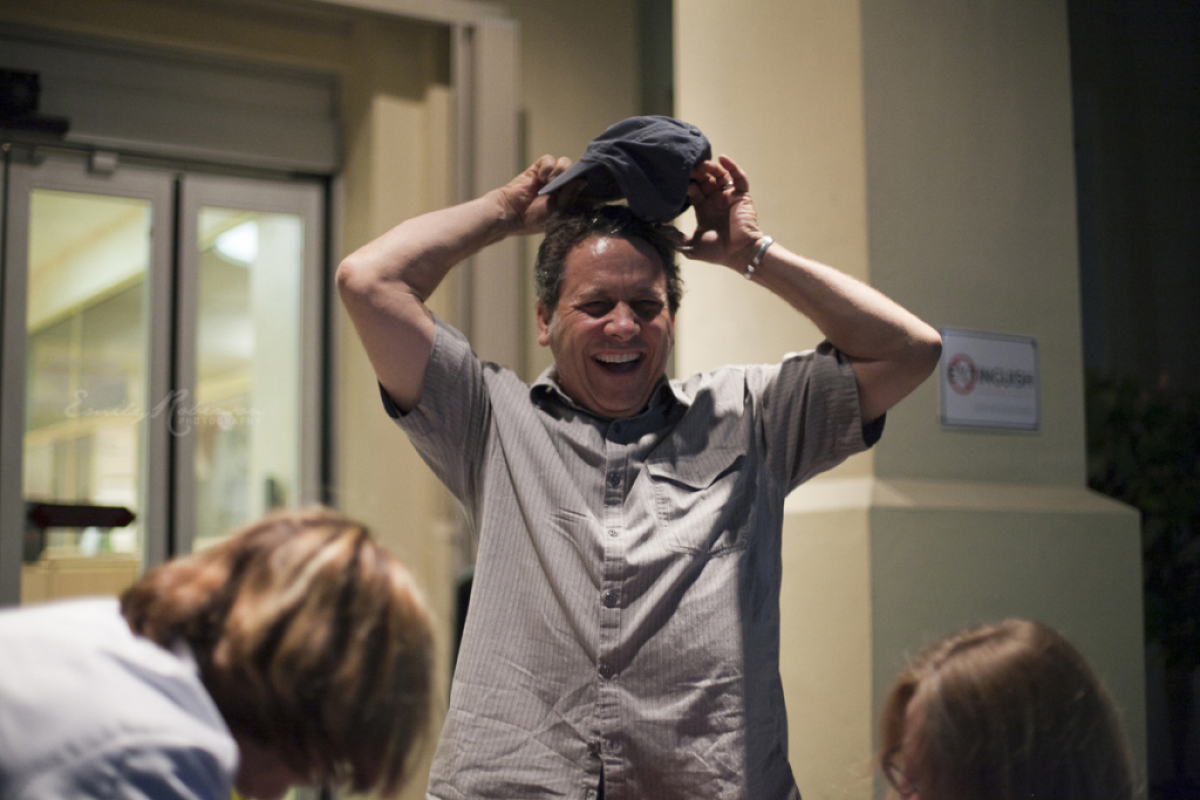 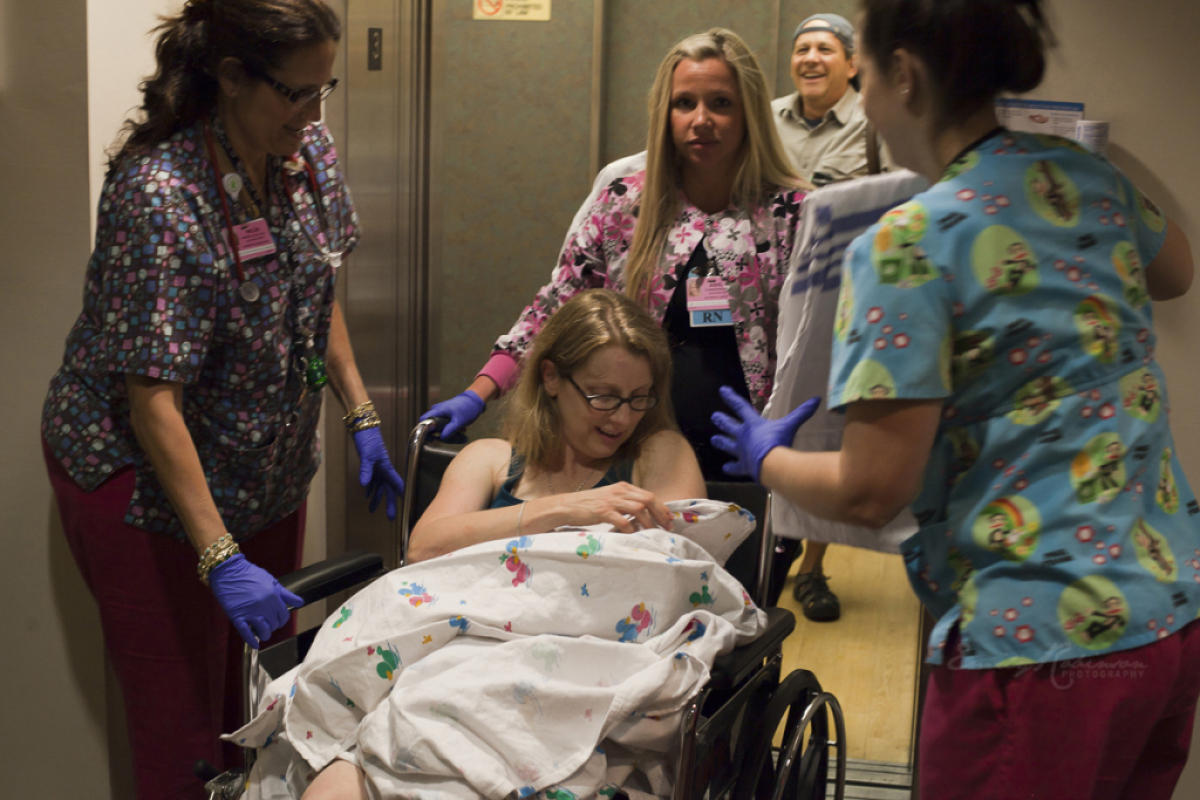