Statistics says the snake weighs more than 300lbs, is 25ft long and needs at least 15 people to hold her.

The massive python, lives in the Edge of Hell haunted house attraction in Kansas City, eats a 40lb animal about once a week but could easily eat something weighing more than 100lbs.

Medusa’s primary diet consists of a combination of rabbits, hogs and deer, served to her every two weeks.

Staff knows her as the sloppiest eater within attraction, as she’s been known to accidentally bite into herself instead of her dinner.

Representatives from the Guinness Book of World Records have verified her new title and she will now join the book for 2013. 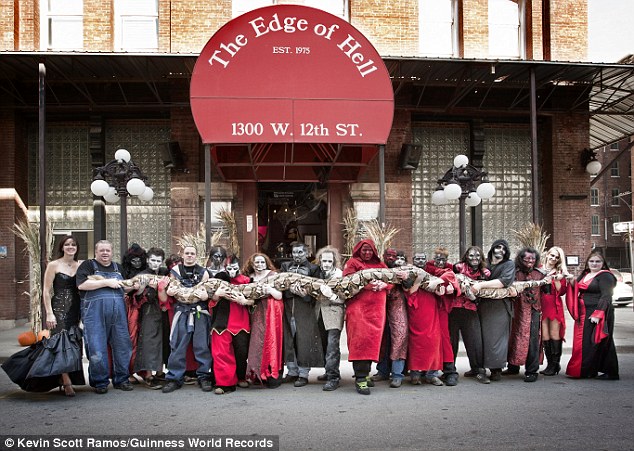 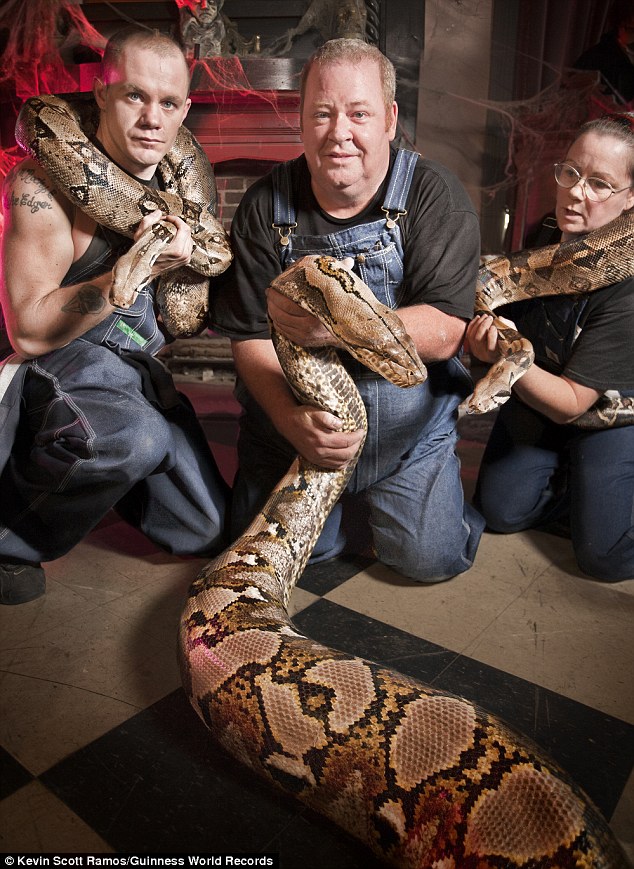 He said: ‘They’ve actually cut people out of them, they are man eaters.

‘Fear is just a lack of understanding. I have no fear. I understand that she can kill me. I’ve been wrapped up and put unconscious by a reticulated python that was only 18 feet long. 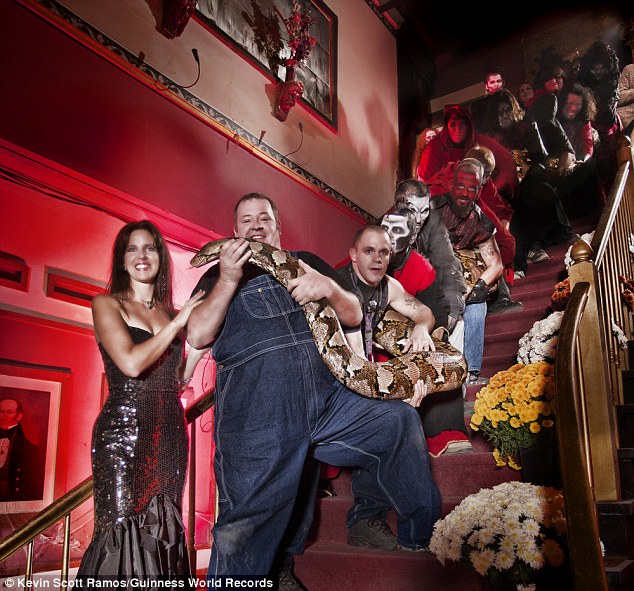 To keep Medusa fed, she is given a combination of rabbits, hogs and deer every two weeks

‘I understand the repercussions, but that’s no reason to fear. That car you drove in has killed more people than anything else in the world.

But you’re not scared when you put your keys in it, are you?’

Mr Edgar said he bought the eight-year-old snake as a baby and she’s still growing. 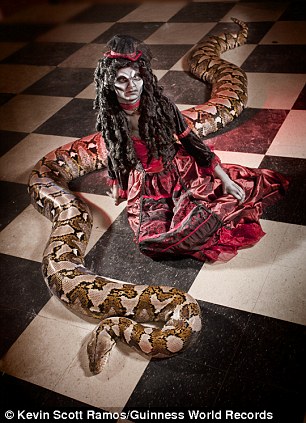 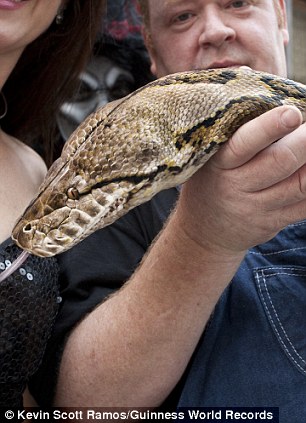 The massive python scooped the record from 24ft long Fluffy

Medusa has bumped Fluffy, a reticulated python, off the top spot.

At 24ft long she held the record for longest snake living in captivity until she died at the Columbus Zoo and Aquarium in Powell, Ohio, in October 2010.

She was 18 years old and still 24 ft long and died of an apparent tumor.