These pictures, taken from an undated video, shows a man executing a 22-year-old woman with an AK47 rifle in front of a crowd of villagers in Afghanistan.

The woman, named as Najiba, was married to a member of a hardline Taliban militant group and was accused of adultery with a Taliban commander and was executed in some time in late June.
The pictures show a large crowd of bearded men gathered to watch the execution on the outskirts of Qol village in the country’s Parwan province. 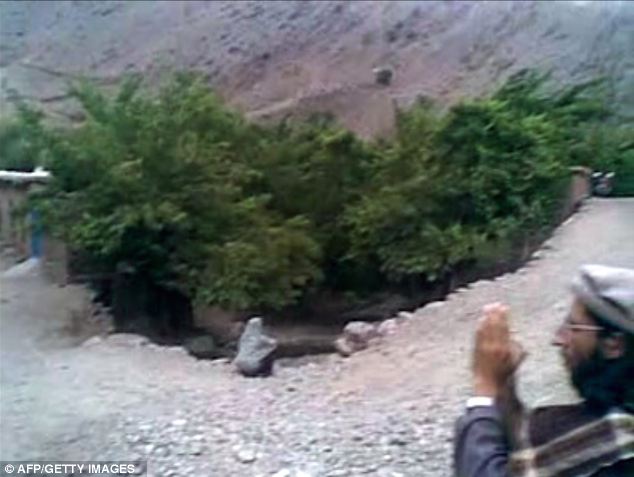 A woman, named as 22-year-old Najiba is shown sitting at the edge of a ditch wearing a grey veil, in the right hand corner a man seem to be filming something out of frame 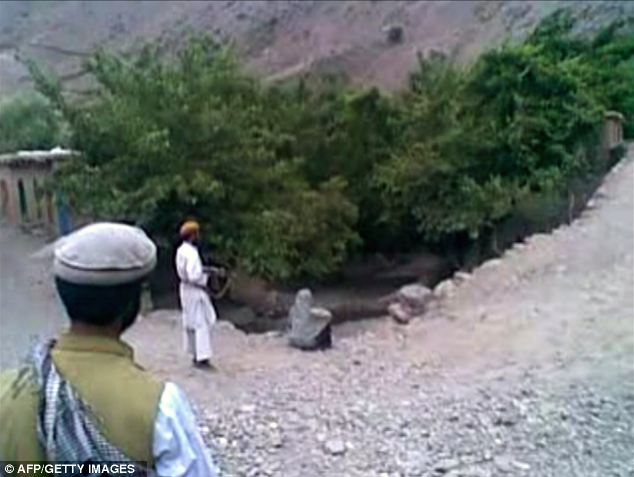 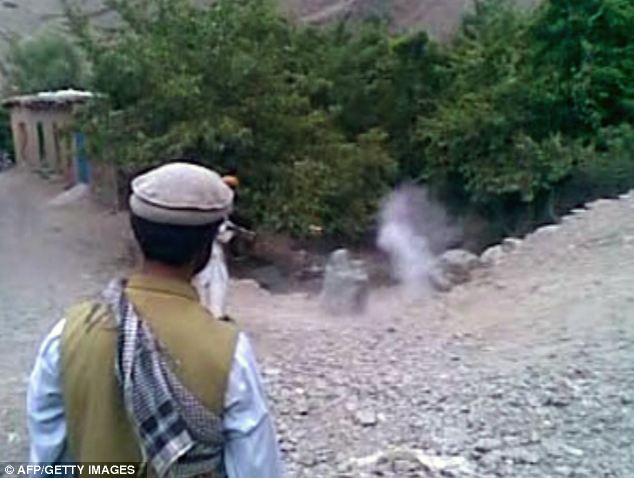 The man opens fire at Najiba at point blank range as she is sitting with her back towards him
Najiba is sitting on the edge of a ditch when a man wearing an orange beret and holding a rifle walks up to her and points the AK47 to her head.
The man swiftly executes her but as she collapses he continues to shoot her dead body whilst walking towards it.
The video was handed over by a Qol villager to the Parwan provincial government, situated north of Kabul, their spokeswoman Roshna Khalid told AFP today.
There has been no indication as to whether there were any consequences for the Taliban commander she allegedly cheated on her husband with. 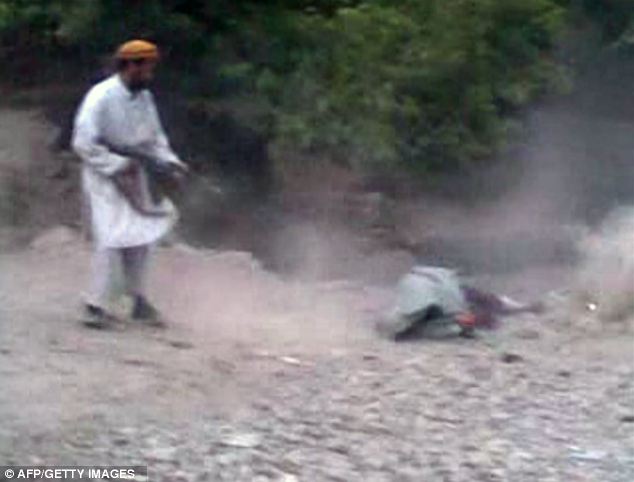 The man continues to fire the AK47 rifle at Najiba’s dead body as she lies at the place of execution on the outskirts of a village in the Parwan province, north of Kabul 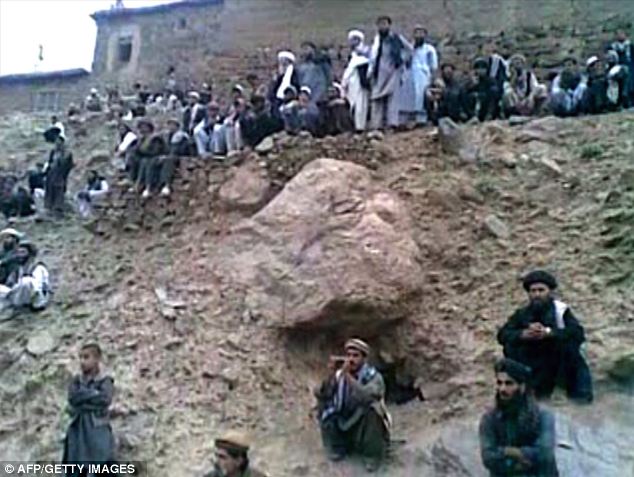 A large crowd of bearded men in traditional clothing had gathered in the Qol village to watch the execution of the 22-year-old woman
The video has been condemned by the Afghan government as un-Islamic and inhuman.
Public executions of alleged adulterers were common when the Taliban regime was in power.
They were in control of the country from 1996 until 2001, when they were ousted by a US-led invasion for harbouring Al Qaeda leader Osama bin Laden after the 9/11 attacks. 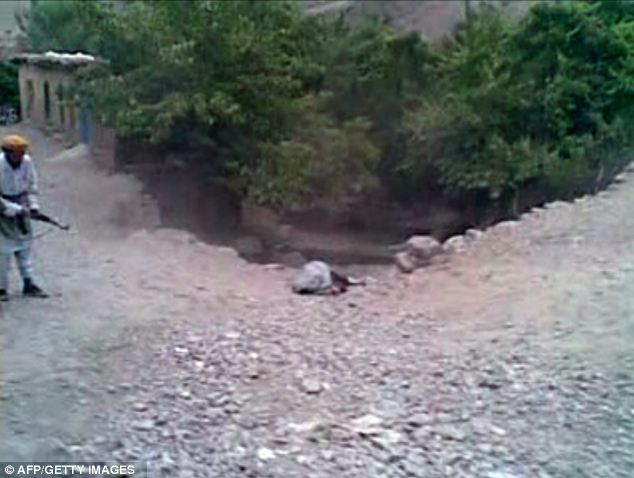 Video of the public execution of the Afghan woman for ‘adultery’